Turkey’s first decacorn: Trendyol raises $1.5B at a $16.5B valuation 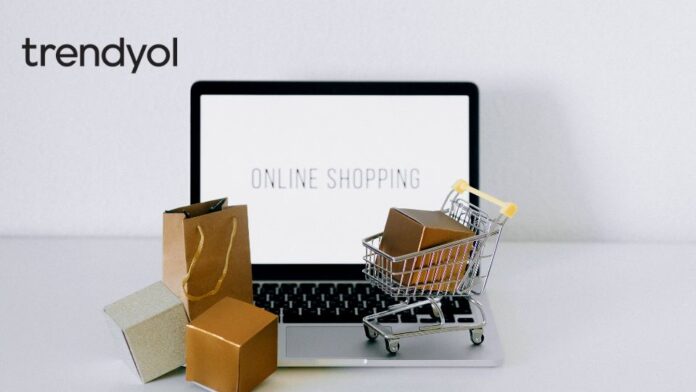 E-commerce is a modern business methodology, that addresses the need of an organization, cut down the cost of the services, and increases the speed of service delivery. Turkish E-commerce giant Trendyol has done a remarkable job in the recent past by raising new funding that will see its valuation reach $16.5B. Also, it belongs to the category of decacorn now as it has crossed the valuation of $10B. The valuation will make the company, backed by Chinese online giant Alibaba, the biggest startup in Turkey. It became the first Turkish company listed on the Nasdaq exchange. Trendyol was founded in the year 2010. Currently, they are serving 30 million shoppers and delivering more than 1 million packages per day. As per trendyol 1.5b series softbankazevedotechcrunch

Trendyol is said to hold 34% of Turkey’s E-commerce market, the company is serving 27 European countries including Italy, Spain, and United Kingdom. Trendyol group has raised a total of $1.9B in 6 rounds. The company is funded by 10 investors. ADQ and Softbank Vision Fund are the most recent investors. Softbank group has invested for the first time in Turkey. Softbank group is a Japanese multinational conglomerate that focuses on investment management.

This group is majorly interested in investing in companies that focus on technology, energy, and financial sectors. Softbank Group is believed to be Alibaba’s largest shareholder, they are owing about 24% of the company but in August 2022, they have decided to hand 242 million shares in Alibaba to financial institutions. ADQ is an investment management firm based in Abu Dhabi. They invest locally as well as internationally.

The funding round was co-leaded by General Atlantic, Softbank vision fund 2, as well as Princeville Capital and Sovereign wealth funds, ADQ, and Qatar investment authority. According to Trendyol’s Chairman Evren Ucok, ”There is a tremendous growth potential in Turkey due to their young and growing population and world-class human capital.

It is the largest internet employer in Turkey with a team of around 2000 people. After their partnership with Alibaba Group, the investment has become the largest internet sector investment to this date. Kinstellar and Gen Temizer Ozer are delighted to have supported Princeville Capital, as part of the group of other high-profile investors, on the provision of USD 1.5 billion of new financing for Trendyol, Turkey’s largest E-commerce company.

The company is also interested in company acquisition in Turkic countries, Middle-East or Europe and looking to a range of firms with $500 million to $6 billion valuation.

Trendyol’s founder holds 20 percent of the company’s shares, including so-called golden shares, while Alibaba holds 70 percent. About the other funding in the future, Cetin said there is interest from existing and new investors but the company first needs to decide where to direct new investments. As per trendyol 1.5b series softbankazevedotechcrunch

Due to the support and funding, they got their rank 3rd among 83 active competitors which include Amazon, Hepsiburada, PChome, N11, and other e-commerce companies. Like many start-ups, after the funding rounds, a notable improvement in the performance of the company is noticed. The company dreams big, and they are gearing up to be the world’s leading global e-commerce platform.

As a dynamic and passionate company, they are constantly growing with Trendyol tech, Trendyol express – the fastest growing delivery network, Dolap – the largest second-hand goods platform and Trendyol Go – an instant food and grocery delivery service. They are firmly determined to move on a journey to expand into international markets. They opened their first international office in Berlin in May 2022 and Amsterdam followed in October 2022.

The company said that they have more advanced international growth plans. They will also open their office in London by 2023. Trendyol group acquired Dolap on March 1, 2018, for $20M. Dolap was founded in 2016 as a second-hand product trading platform.” Trendyol’s marketplace model, which spans everything from grocery delivery to mobile wallets, brings convenience and ease to consumers in Turkey and internationally,” said Melis Kahya Akar, Managing Director and Head of the consumer for EMEA at General Atlantic.

Overall, it was an enthralling experience for them to do partnership with Trendyol leadership as they deliver on their missions to provide customers and sellers with a seamless e-commerce experience, all while leaving a positive impact. As per trendyol 1.5b series softbankazevedotechcrunch

Trendyol, now, has become a super-app, combining its marketplace platform powered by its last-mile delivery solution known as Trendyol express.

Trendyol being a startup had to face a lot of challenges due to the saturation in the E-commerce sector, but after funding from different investors, its journey had been remarkable so far. Not only in Turkey but in the Middle East too and in many European countries, It has provided a good customer experience through its efficient services. In this competitive era, Trendyol had secured its unique position in the world of e-commerce. AS per trendyol 1.5b series softbankazevedotechcrunch

This modern era is of e-commerce, and it had significantly affected the traditional style of business. Its reach had become far easier where it is available in rural areas of each country.

In very stiff competition with its contemporary companies, Trendyol had set a new benchmark, by providing the best service to the customers of Turkey and the Middle- East. After this funding, the company’s revenue growth is expected to increase exponentially, aided by expansion in other countries and the acquisition of new customers.